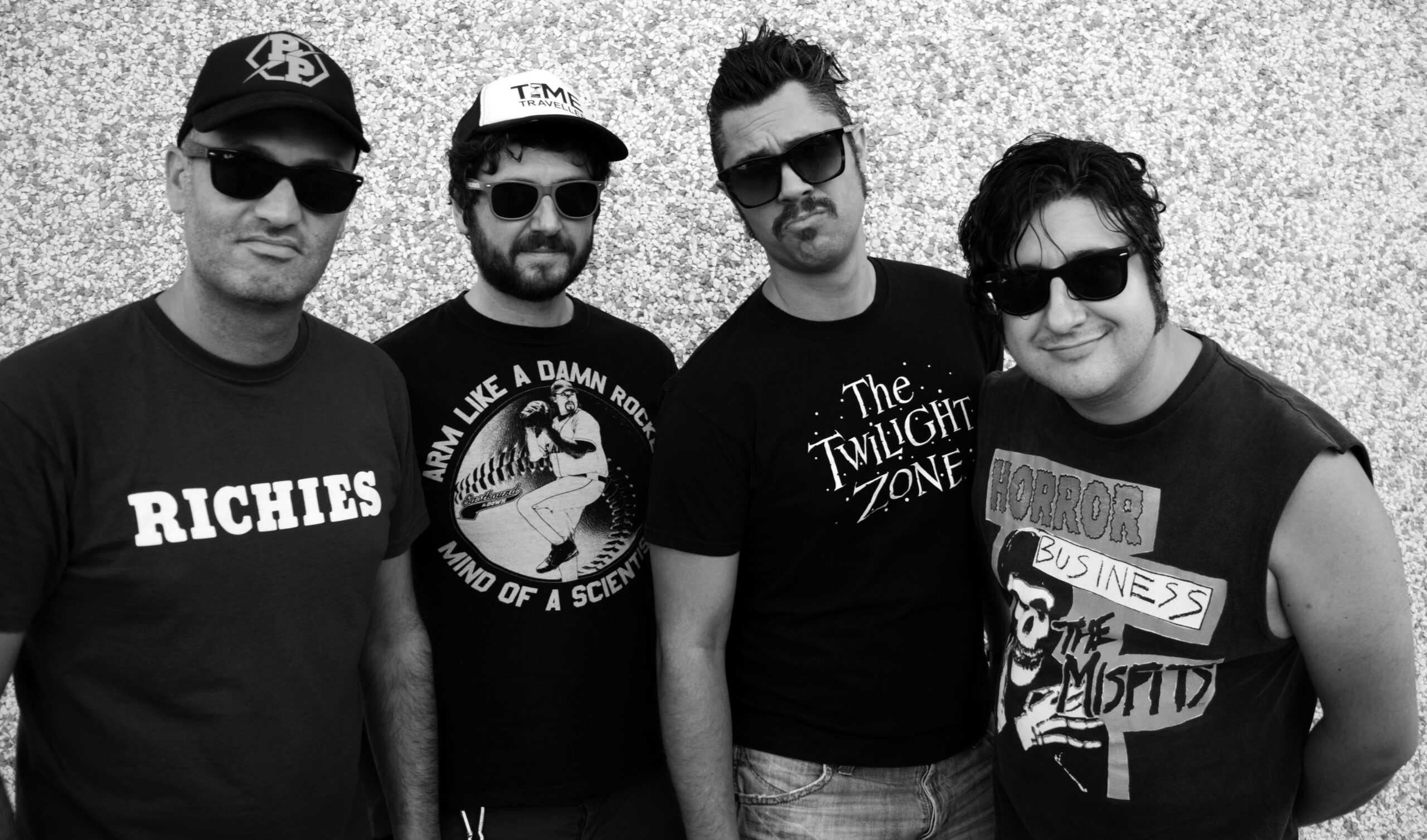 Who are your favorite bands to play with at shows?
We always have a blast with the guys from The Livermores, Chromosomes and Ratbones! Speaking of foreign bands, last year we played with the Haermorrhoids from Germany in Siena and it was really a cool show!

Tell us your favorite memory of Manu Livermores?
He was such a sweet guy, one of those people who are really pure at heart. He was truly passioned about punk rock… a real rock n roller. Our favorite memory of him is all the times he sent us funny vocal messages with his heavy accent about new albums or about stuff that had happened in the scene. He really knew how to cheer you up! We will all miss him a lot.

What do you think about the current state of punk rock? 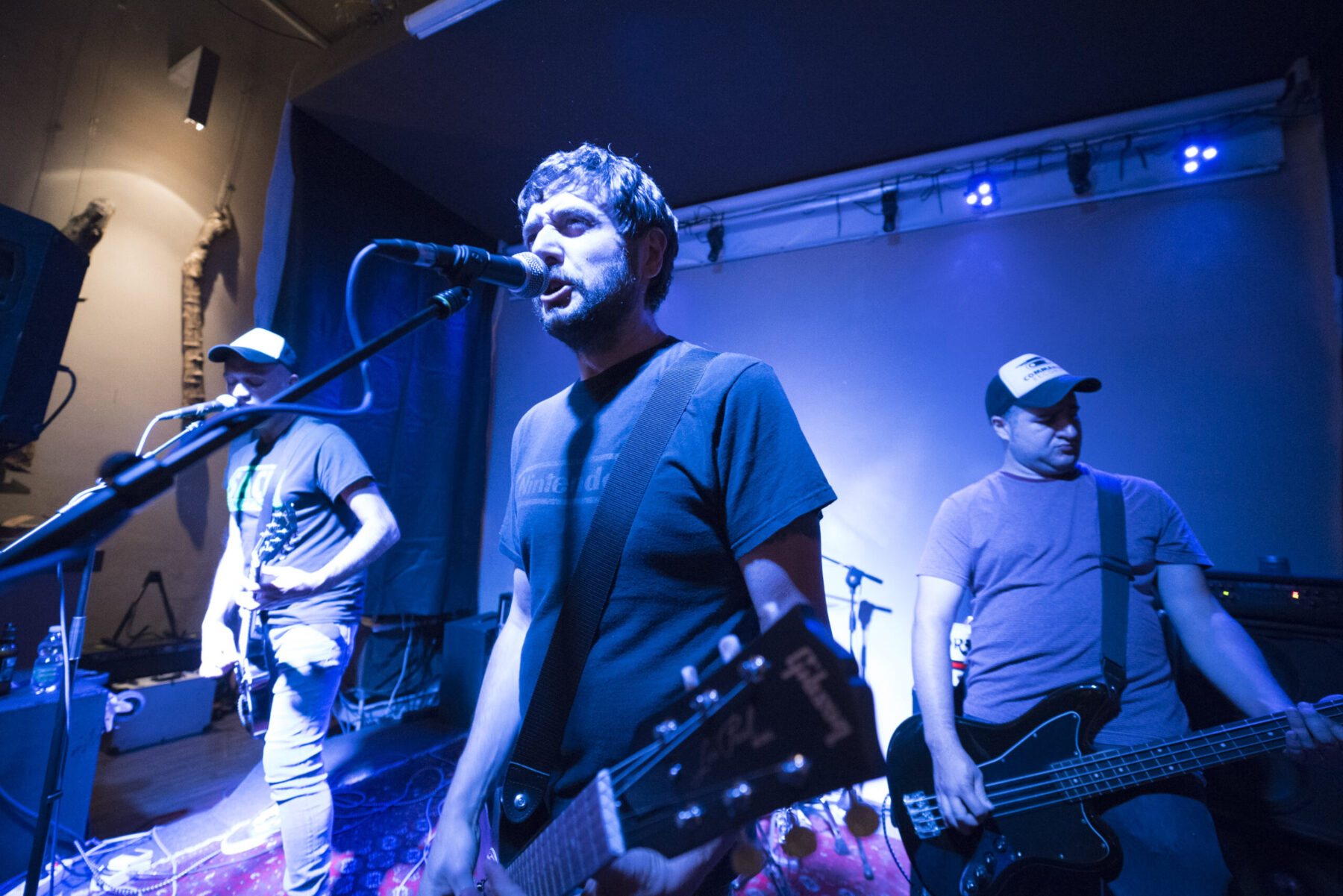 We think underground punk rock is as healthy as it’s ever been, in terms of new albums and hype surrounding it. There are a few crucial factors that have contributed in the last years to this new interest in the scene: cool festivals like Raduno, Puke Fest, The Fest and so on, dedicated podcasts like The Dummy Room, exciting labels like Mom’s Basement, I Buy Records, Striped, Badman, Stardumb, Hey Pizza, Monster Zero and many others that keep putting out cool records. Also a lot of people from the old guard still believing in it. There are a few new bands coming up too, so we think it’s safe to say punk rock is doing fine, at least in our specific bubble. The problem we see is that touring has become increasingly more difficult and less profitable. It’s almost impossible to make a living off playing punk rock and this will affect the new generation, as there probably won’t be the right environment to generate new “higher level” bands. I’m not talking about the next Green Day, but the next Teenage Bottlerocket or even the next Lillingtons. We also need to factor in what will be left of clubs and bars and of live music in general after Covid. We have a big question mark ahead of us.

What is your favorite project that you’ve been a part of?
Every album we do is special to us because it’s really exciting to see a project coming to life and becoming real and tangible as you go ahead: the artwork, shaping the songs, sequencing them, going to the studio etc. We really love this process! Besides the albums, we loved working on the “Party time for astronauts” split with The Livermores That split is a memento of our time with Manu and we will always cherish it. 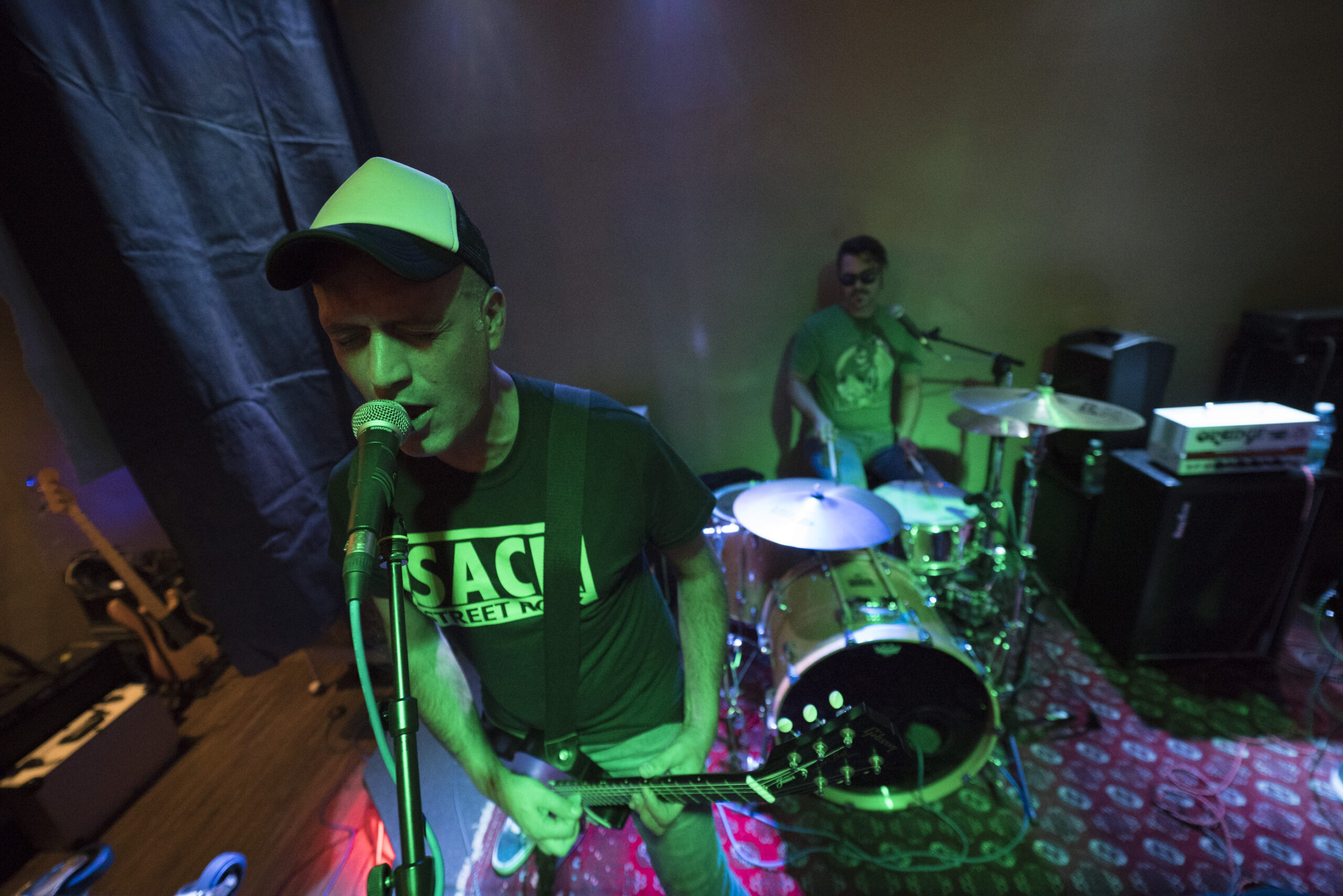 What made you guys want to organize Lobotomy Fest?
In the past years we never played too much in Tuscany, because we always preferred to go play around northern Italy, where most of the scene is. Then, a couple of years ago we started talking with the guys from Corte dei Miracoli who run an amazing multicultural space in Siena and we saw that there was the chance to organize something punk rock-related there. It all started like a one night-only event, but it soon turned out to be a much more inclusive project that spanned 5 whole days with movie screenings, art happenings, book readings and many many bands. We had so much fun doing it that we decided to replicate it this year. Unfortunately, Covid put everything to a halt, but we are determined to make it work again, when things will smooth out with the virus. We had big projects for this year.

What are some bands that you want to play Lobotomy Fest?
We like to dream big and we always nurtured the idea of having the Lillingtons play! Nowadays it seems things aren’t too good with those guys, but we also love Sack very much and it would be awesome to have them play over here! Anyway, 2021 is already lined up, because we want to have all the bands that were scheduled to play in 2020 to play the next edition!

What is your writing process? How do you guys pick a topic and then write such great concept albums that are cohesive as they are fun to listen to?

We always start with a concept that we all like and we try to convey the mood of the album in that direction, both musically and lyrics-wise. We also have a very long working list of kick-ass song titles, which we often use as a stepping-stone to begin working on a new tune.
Actually, we consider Space Opera our only true concept album, because it has a single storyline from start to finish. Conspiracy ’66 and P A R A D O X are all centered around a specific theme and topic but the songs themselves are not necessarily related. We like to write about conceptual and specific stuff because we’re not versed in the trivial side. A lot of bands are really good at the girl-songwriting thing and we love to listen to those bands. It’s just not something that works for us specifically. I think our approach to lyrics and themes is a nice thing for the more dedicated fan (given that we have any :D) because the songs contain a lot of references that can be researched and linked to one another.

What other projects or bands do you guys have going on?
Brodie and El Leon Blanco play in The Thirtysevens. They’re great, check them out!
Alex and Brodie manage Commando Records and lately they’ve been putting out cool cassettes like the first Sack album and the latest MEGA LP. So cool!
Matt plays in Bentoniac (garage blues) and I Diavoli Blu (country folk).

Moving right along with the HEAD tribute band announcements. We’re back with another Italian Band on the comp (half of the Mom’s Basement Records roster is from Italy so Is that a surprise at all?) we’re very pleased to announce that the Proton Packs from Siena, Italy is on the tribute comp! They are hard at work on their 4th full length Lp which will be out next year on the label. 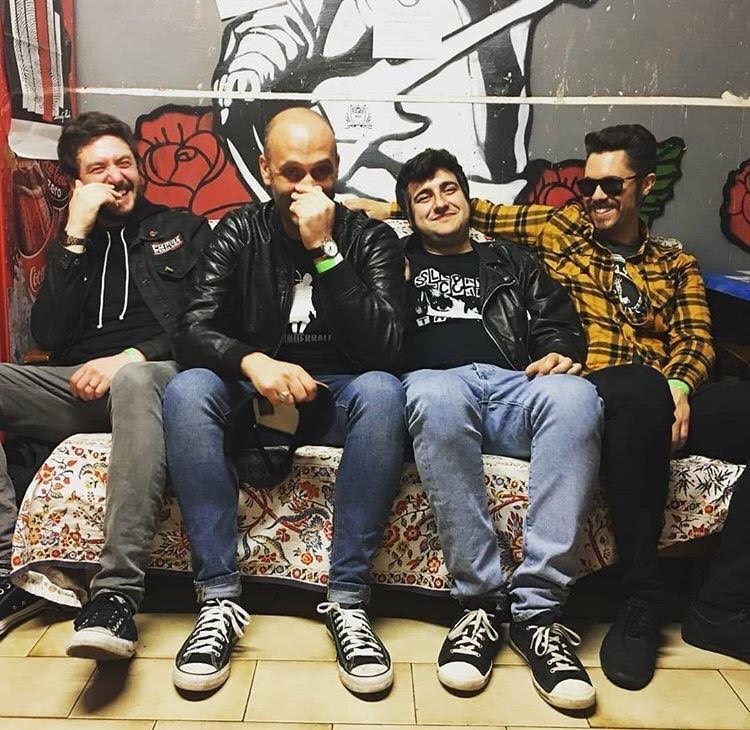 Proton Packs chose “Gladys Kravitz” for their contribution and they had this to say about the mighty HEAD.

“HEAD are an anomaly. In a pop punk world largely dominated by fake drum tracks, overdubs, studio gimmicks and autotune, they unapologetically continue to exist and play their own askew and unpolished brand of “street rock”, which is equal part garage punk and Ramonescore. Their lyrics are at times goofy and at times subtle. Their melodies are weird and unforgettable. That’s why we love them. We have no idea how they came up with this strange formula, and probably neither do they. They just do their thing and they don’t give a shit. And not giving a shit is as punk rock as punk rock gets”.

Their contribution is yet another killer on an album full of em, this makes 6 out of 24 announced. Stay tuned for another announcement in a couple days and more cool news to.

DJ SET by Aladino from Kerosene!

The Manges (Las*Pezia) >> I veterani del punk rock italico, una garanzia dal 1993! What are you looking at, dicknose?!

DJ SET by Gighe from The B-side Vinyl Quartet! 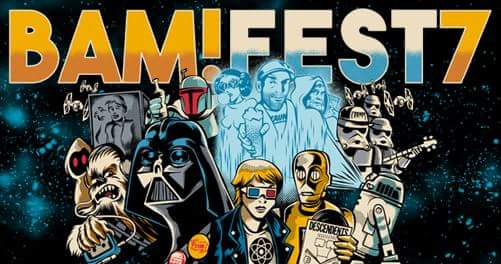 Between the undersigned and Mr. John of Mom’s Basement Records there is a really good friendship, we often talk, usually about punk rock but also of other topics .. anyway, some weeks ago almost by chance we realized that we would both contribute to release a new record: thus representing the first real collaboration between us as labels. 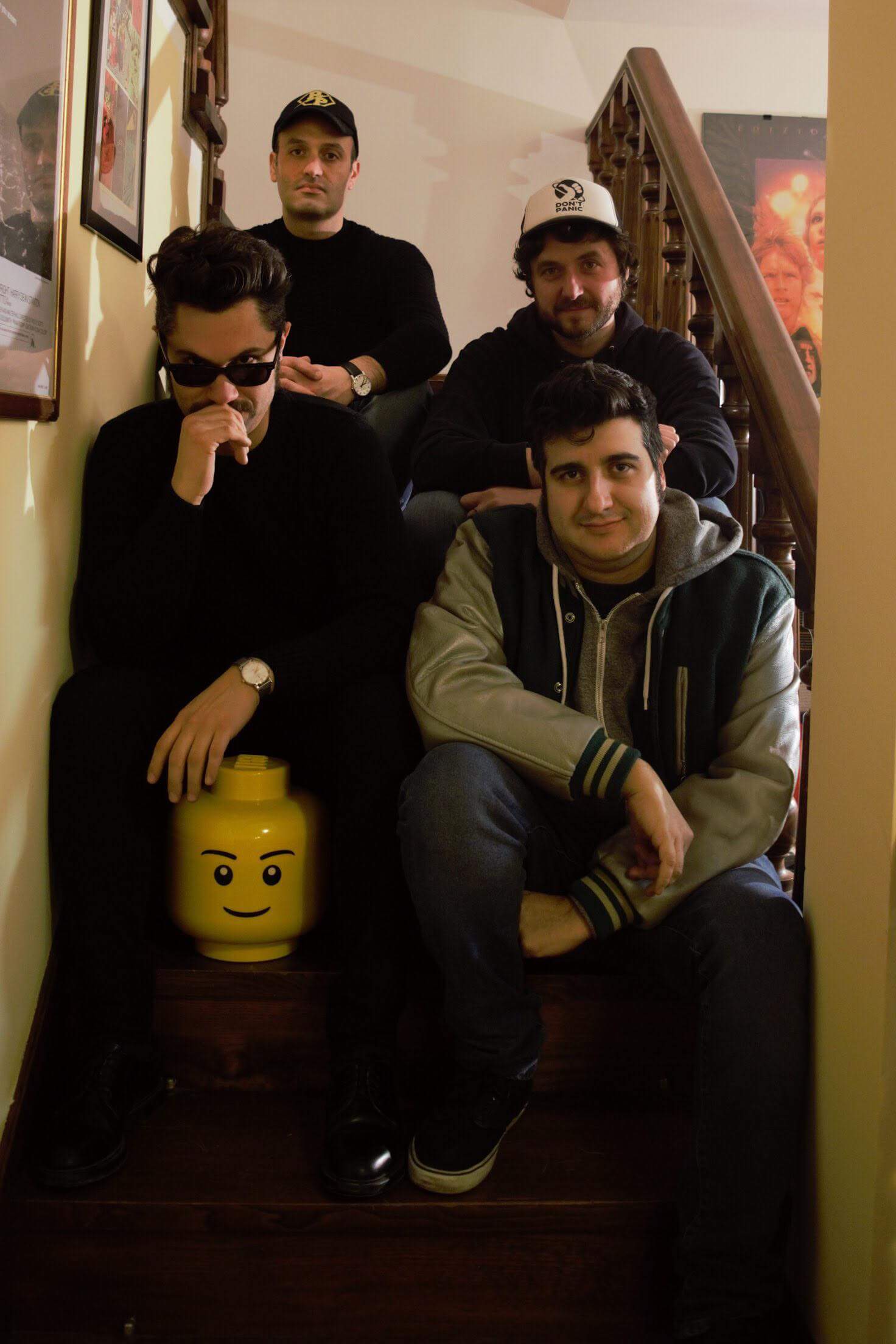 The record I’m talking about is the next split 7″ of the Proton Packs from Tuscany (spam moment: you can pre-order it here): with that being said I’m here to tell you that they too have contributed to the realization of the tribute to the Manges.
Today’s interviewee is Matt, drummer and one of the two principal voices of the band, which tells us about the Manges “It’s easy now to underestimate what it meant to start a punk rock act in 1993. Those were different times… no internet, few bands and even fewer clubs. Staying in touch with far away people in the scene took a lot of passion and elbow grease. It’s amazing that the Manges managed to keep it alive and significant for all these years. The thing we love about them is that they never overkilled it with too many albums or too many shows. They were able to both stand as a reference point for all the other punk rock bands and, at the same time, to retain a shadow of mystery that keeps the fans wanting more. Hooray for the Manges!”
Honestly, I think Matt was able to resume the Manges essence in a few lines, I completely agree with his opinion. But now it’s time to unveil the track they chose “We chose 80’s Soldier because we always cherished the Manges darker songs. In our minds it’s about a troubled Dee Dee going through a rough time with drug addiction and writing some of his greatest and most disturbing songs in the process. Stay clean, kids!” 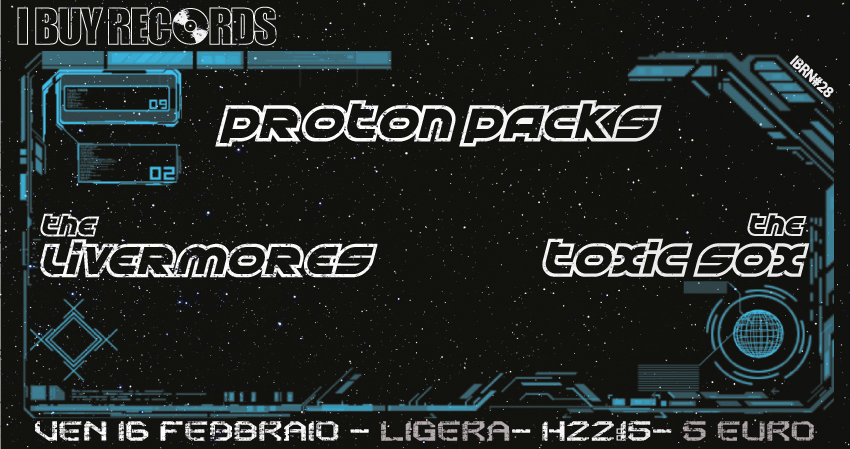 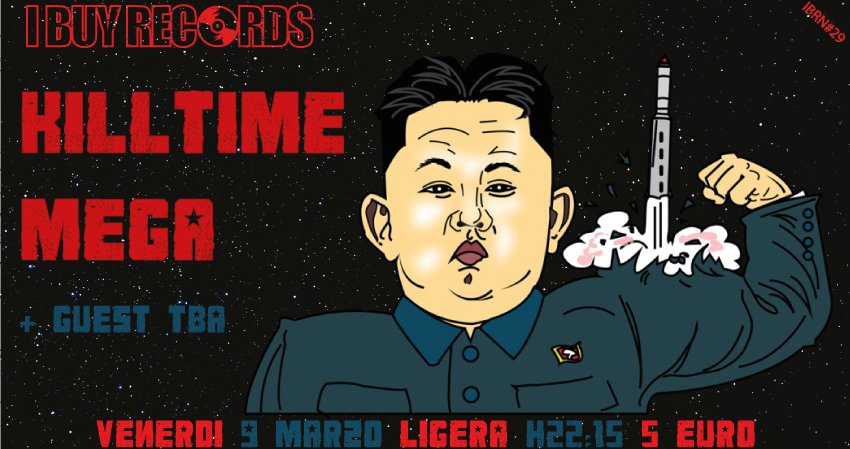