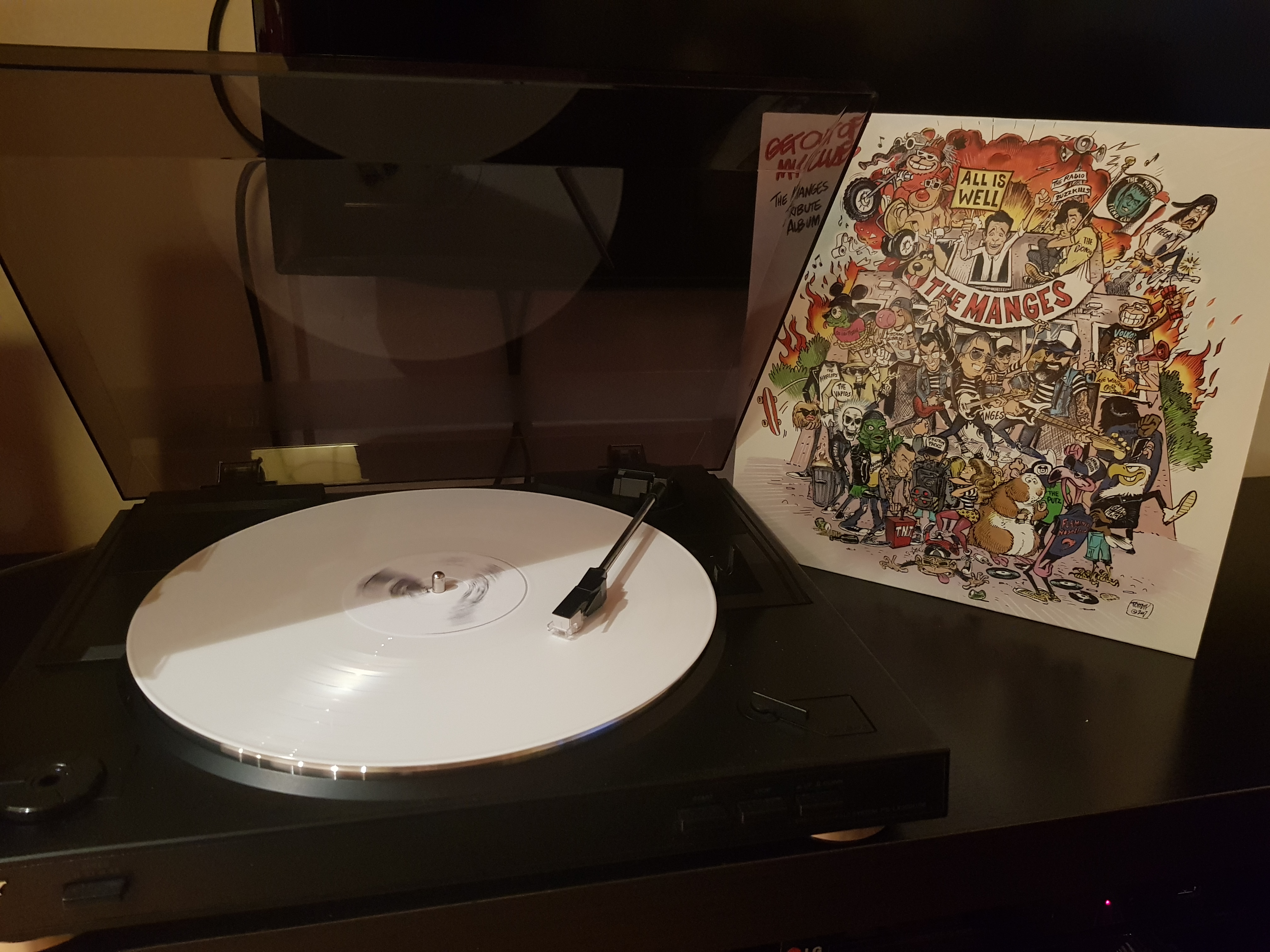 The final feature of this special leads us to interview the last batch of bands, those ones because of the physical limit represented by the vinyl are present in the tribute only as bonus tracks for digital download. This obviously doesn’t mean that they are less important than the other bands and it’s only right to do a feature on them too.

Honey, from Rimini, Italy are in with an acoustic cover of Blame Game made by the singer Luca, who tells us “Since we met the Manges something has changed for us. We were not so much “into their scene” but suddenly we feel part of a great “new family” from day one and we feel very fortunate to have had this awesome opportunity”.

Let’s jump to the United States, precisely in Westfield, Massachusetts and let’s hear what Jay of The Prozacs has to tells us “The Manges felt like a dirty little secret when I first heard them in the year 2000. It was like a 1, 2, 3 bang! Heard the Mandy 7” – which is the song I chose to cover -followed by the debut album “Manges R Good Enough”. The Manges were very influential in my songwriting with the Prozacs, they seemed honest, fun and catchy, in the spirit of Ramones and The Queers… and I was floored seeing they had guest appearances from Joe Queer and Kitty Kowalski…both who are friends and musicians I respect. In 2018, they have cemented all these things… along with a great heart and integrity in the world of Pop Punk/Ramonescore underground”.

Still in the United States, but all the way to Nashville, Tennessee, we chatted with Patrick from Parasite Diet, who have decided to cover Dunkin Donna defined as “pure catchiness wrapped in bubblegum bliss, the way a good “girl song” should be”, the boys also tell us that “The Manges were our introduction to the world of European Pop Punk. The amount of new music this opened us up to will forever put us in The Manges‘ debt”.

We also talked to Cary from Hateful Julie who is from Colorado, he tell us that “we discovered the Manges through bands like Queers, Screeching Weasel and Ramones, of course.We have always admired bands like them that refuse any compromise. We chose Now or Never because it’s on their first full album and it’s a deeper cut. You always go with the older stuff out of respect for the band and how long they’ve been crankin’ out the tunes”.

Now, we head to California, and hear what The Rinds have to say, Matt tells us that “The Manges were one of the first pop punk bands that I got into. I first got to see The Manges in 2007 in San Francisco with The Methadones and The Queers. Great show. It’s awesome that they’re still putting out records after all these years. We chose In The Van because has sing-a-long verses, and a punchy chorus. The “Judy Is A Punk” type songs like this are always a little underrated, I feel”.

Finally for the last band, we head back to Europe, more precisely we go to Hønefoss in Norway to give the floor to Rocky of The Skullingtons who tells us “When the Ramones called it quits back in the nineties, The Manges were there to pick up the torch and keep the fire lit for everyone else to follow. And they’ve kept it going ever since. I don’t think the European pop punk scene would even exists had it not been for the amigos from Las Pezia. Together with Johnny we chose My Rifle because it is our favourite song, We tried it out with the rest of the band and it felt very natural to us, we recorded also a part of it in Norwegian”.

With this final post, we have concluded the presentations of the bonus bands but we still have some small surprises … stay tuned for more Rock n Roll!