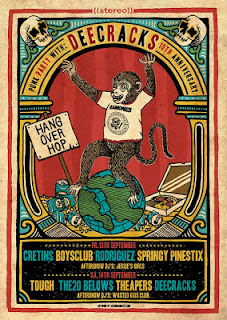 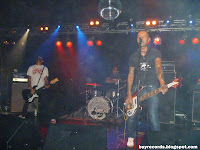 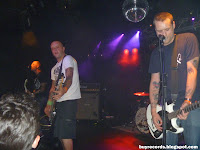 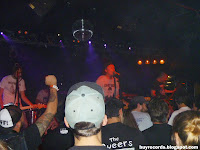 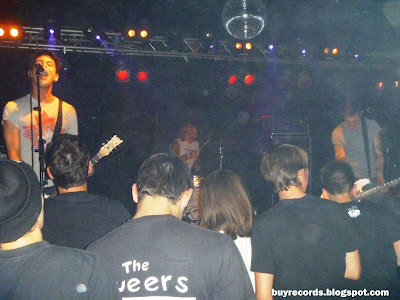 Ancora auguri ai Matt, Mike e Manu per una luminosissima carriera e per altri dieci anni ricchi di soddisfazione. Go Monkeys!
The 10th Anniversary of Dee Cracks proposed a tasty
binge of punk -rock, so I Buy Records! could not miss it and had all
the more reason to support the boys after the recent misadventure in the
United States , so that, in partnership with the barracks SNAFU, we
decide to plan a trip in the direction of Klagenfurt, Austria.
The birthday of the Austrian panzer included two days of celebration ,
Friday was the nostalgic night with the reunion of The The Cretins (in
practice, the same band as Dee Cracks with a second guitar) plus 3 other
local bands : the Boysclub that apparently they play just sometimes,
the Rodriguez and Springy Pinestix : apparently both bands were not
playing for ten years.
The evening of Saturday was instead a real International Punk Rock Party
with our Tough, The 20 Belows from Denmark , The Apers from
Netherlands and of course Dee Cracks. As far as we have been told, the
evening of Friday was a real triumph , between 250-300 attendance ! Too
bad we obviously arrived right for the Saturday and the audience was
much lower : it seemed to be in Italy because the locals have criminally
absconded and we have been to many of the “Bel Paese” to be moved to
show our love for Dee Cracks . As we say … No
one is a prophet at home.
However , we leave aside the controversy and talk about this great party
. The audience was warmed up by our Tough. As usual massive
performance , super intense half an hour to continue the promotion of
the last record Four ( in my opinion one of the best albums I’ve heard
in 2013 ) performed We Gotta Go Tonight, Pleasant Valley Sunday, Silly For Sally, Hey Baby Monster! alternating with pieces of previous
releases as Johnny Is A Marshal, Got a Problem, Radio Pop .. etc etc..
Tear-jerker closure with Claire of the Stinking Polecats.
Fast change on the stage and it is the time of the 20 Belows. Longtime
friends and mates of the last (or penultimate .. see you like to call
it) U.S. tour with Dee Cracks , the 4 Danish despite having played very
little in 2013 did not seem rusty at all, in fact I have to say that
they seemed quite fit! Between a song and another ( For Better Days , Repress , Momentum , Someday Somewhere, Nightmare, Agree, Staying In ,
etc. etc. ) have also presented a new piece , My Song , which I suppose
will be present in the next 7” out. I can’t wait for the new 7” and
maybe a new tour that will pass through Italy.
Then it is the turn of the Apers with Simone Riccobelli ( excellent
performance, bravo! ) on second guitar . Even they were not playing for
a long time but when there is talent and passion, it may take months
and months without playing that you are able to play great. And they
have amply shown with an excellent performance playing: Word is Out,
Only The Grim Reaper, Friday Night Killed Saturday Fun, Too Many
Backpacks At The Show, Said You’d Call Me, Please Come Back To Me ( I
Can’t Live Without You ), a tribute to Dee Cracks with Monkey Boy,
Something More To Someone Else, Wait a Little Longer, It’s All Over
You Know, Whatever it takes, Everyday Is a Rock n Roll Day, Jagerbomb
and the inevitable tribute to the Ramones with Bonzo Goes To Bitburg.
As usual great show and lots of fun , by the book of punk-rock .
To close the night, of course, were the Dee Cracks . I wanted it all,
Monkey Boy, The Hangover Hop, Ritalin For Lunch, Beach 90, Rat In A
Trap, It’s Always Been This Way, You Messed Up My Head and closure
cover to the bitter end , more a couple of new songs and some cover
including Banana Brain of Mugwumps, Baby Baby of The Vibrators and
This ain’t Hawaii of Screeching Weasel, just to mention a few.
At the moment there are very few bands able to show quality and above
all dedication to the cause as they do, these 3 Austrian guys. It was
the first thing I noticed when , long ago, I got to know them personally
. Just see them at least once to see what I mean : they play for fun,
for fun , but mainly because they believe in what they do … and this
can only be a good thing in a scene that certainly in crisis and
suffering for the immobility .Best wishes to Matt, Mike and Manu for a bright career and for another
ten years full of satisfactions. Go Monkeys! 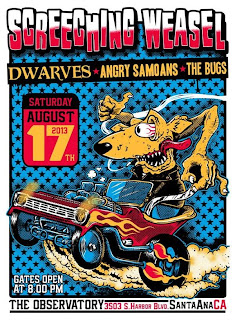 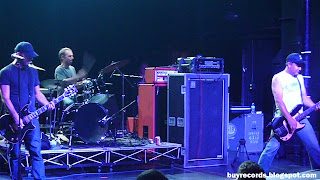 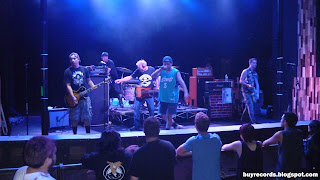 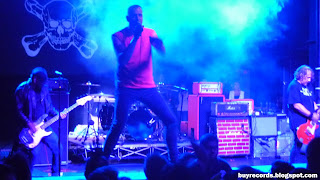 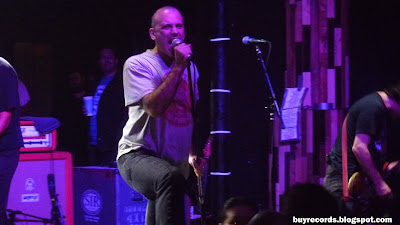 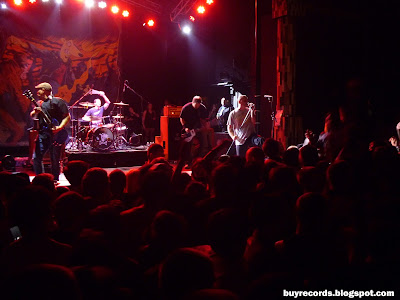 Hey Hey Punk Rockers! Due to the coronavirus emergency in Italy all sales activities are temporarily suspended until further comunication.If you want to place an order be free to do it: the parcel won't be shipped until we will back to a normal situation. Hopefully soon. Dismiss