It’s Monday again! That means it’s time to announce another band from the HEAD tribute. We are very pleased to announce that our own Flamingo Nosebleed are obviously on the HEAD tribute. The boys just had a killer run over in Europe including a scorcher of a performance at Punk Rock Raduno with their label mates the Ponches and the Livermores. Check out the official write up at I Buy Records for the scoop on their song choice and general thoughts of the almighty HEAD! 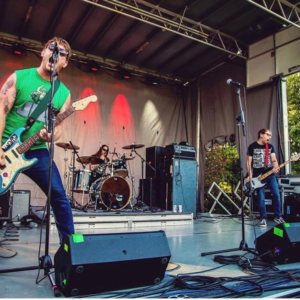 Booger from Revenge of the Nerds said it best with a t-shirt “Gimme Head til I’m Dead”. Head is clever and funny lyrically, and super straight forward. They’ve influenced some of the best bands in our genre, while barely ever leaving Seattle, and barley promoting their band. They best part is they’re dead serious attitude. Super rad band and “Am I fresh” is one of the funniest tunes written! Give us Head, til we’re dead!