Alright! It’s Friday and it’s time to get in another band announcement for the HEAD tribute. We’re heading back up to our neighbors in the North NECK from Ontario, Canada. I’m not sure if there is a direct connection there but the theme of the band name seems familiar? NECK kinda came out of nowhere a few years ago with an instant classic “Hate To Read” and those dudes have had my undivided attention ever since. 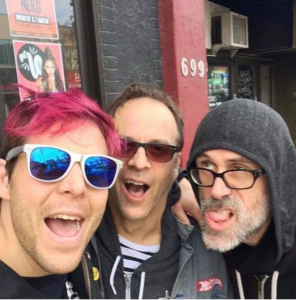 They just released their second full length “You Don’t Think It’s Evil” a few months ago which is also classic status. If for some dumb reason you don’t have those 2 records than you’re fucking up. Stop what you’re doing and go buy them immediately. Here is what Jeff from the almighty NECK had to say about their involvement “We first heard of HEAD when the ‘head-honcho’ John from Mom’s Basement Records tapped us asking if we wanted to be a part of a tribute album. We accepted the challenge as we had never actually heard of HEAD prior to meeting John. Many, many voice/drumming/bass and guitar lessons followed before recording Larry Tate …to which we just learned (yesterday) that he was a character from a late 60’s sitcom called ‘Bewitched’!!”

That is clearly 100% true and I’m really happy that I was able to trick them into being on the tribute bc they knocked “Larry Tate” out of the park. They’re one of my favorite bands and one of the main mans favorites from this website too” Stay tuned for more announcements next week!