The last band announcement of this week is one that we’ve been wanting to work with for a while now and we’re very stoked to have them on the comp. Johnny Terrien and the Bad Lieutenants are from Ontario, Canada and have been around for quite some time. They are HEAD fanatics just like us so they are right at home on the tribute compilation. 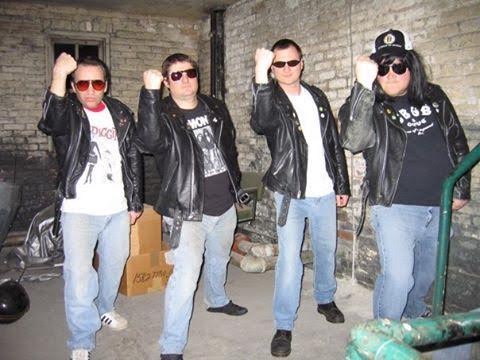 If you’re not familiar with them than you need to go out and check them out bc they are one of the best bands out of our neighbors in the north and are amazing. The almighty Vapids covered one of their songs so that’s saying something. The band even has a HEAD cover band called “Powerfist” so you know they belong here. They covered “Magic 8-Ball for the tribute comp and Joe from the band had this to say “It was probably the spring/summer of ’95. A bunch of records showed up in the mail that I had ordered from a label in Massachusetts called Skull Duggery. One of those records was HEAD’s Street Level Assault EP which was purchased on a hunch. Hearing Tireshredding knocked me on the floor! The whole record still blows my mind. We started our band immediately after hearing it. Still waiting to hear back from Ree Ree after sending him a demo tape all of those years ago!”

Have a great weekend everyone and you can look forward to more announcements next week and a couple of other surprises.