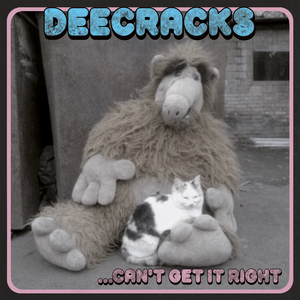 DeeCracks – …Can’t Get It Right

The Austrian punk rock power-trio is back with their first release of 2020 in support of a tour through Italy this April! A 7” containing 4 kick-ass tracks in true DeeCracks fashion, this is an exclusive release by Striped Records and Badman Records and is limited to 500 copies, available in two vinyl versions. Get ready for two previously unreleased smashers on side A, which opens with “Just Wanna Play” followed by “Don’t Take It Out On Me”. Side B then starts with a newly recorded version of their short but catchy ballad “Caroline” and the record closes with their cover version of HEAD’s B-Side song “Killed By Death”, which was previously released on the HEAD tribute album on Mom’s Basement Records. All songs were traditionally recorded with their main man Marco Perdacher at Pegel Studios in Klagenfurt, Austria.