The Land of the Rising Sun (Japan) is a country that has always fascinated me, not just because of cultural differences, but because of their way of approaching life totally different compared to us Europeans, maybe because despite all these differences sometimes there are points of contact that lessens the distance and make us more similar and closer together. 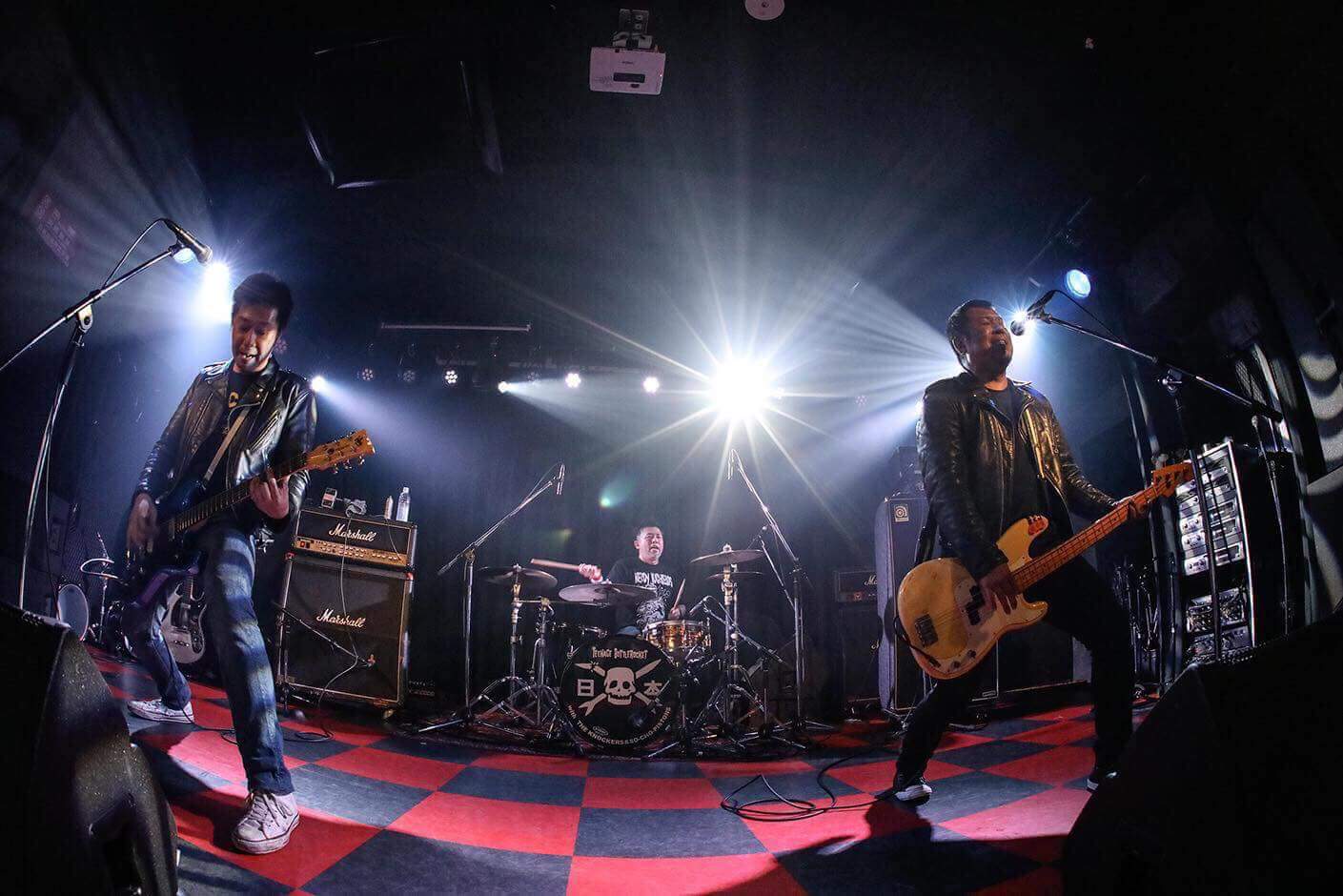 It is this gut feeling towards the Ramones that represents in our case the point of contact between the So-Cho Pistons and our beloved Manges and certainly justifies the participation of the Japanese to the tribute.
So we interviewed Nass (for those who didn’t know – boss of Dumb Records – the cult ramonescore label in Japan) that immediately make everything clear saying “We think THE MANGES are the No.1 band in the European RAMONE PUNK scene who have both high levels of popularity and ability. They are our best friends, we have like-mindedness, and also are good rivals. Our playing styles have a lot in common, they are one of the best Punk bands!”
But how did they choose the piece to cover? Nass tells us “We supported THE MANGES/THE APERS Japan tour in 2012. We met THE MANGES for the first time in Osaka, they played Uncle Walt as the first song of their sound check. It left a strong impression on us as it was the very first song we watched them play in person, and is also one of our favorite songs. One of the manges many masterpieces of RAMONES STYLE PUNK songs which we wanted to play”. Well, that clarifies things for Nass & So-Cho Pistons. In this sense, Japan does not seem that far away, right?