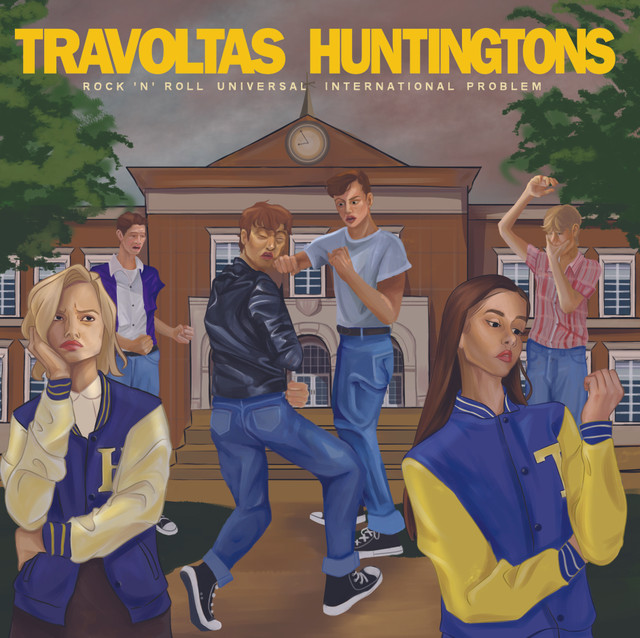 Punk rock kings from the USA meet the kings of the Netherlands!
4 never-before-released songs for each band, one original, two covers of each other bands and a 50s cover!

In the Fall of the year 2000, Huntingtons were touring Europe for the first time, opening up for Marky Ramone. Of all the many great European bands to jump on those shows, there was one who left a lasting impression on the guys: The Travoltas. With a unique style of mixing Beach Boys harmonies with “Ramones-core” (a term that wasn’t even used yet), they were right up their alley. Josh stayed in touch with singer Perry Leenhouts over the years, with hopes to join forces again someday, either on tour or a split record. 20+ years go by.. no luck again.. until now! Its crazy to think about, but this split is literally 20+ years in the making. Between band breakups, getting back together, moving around the world, and finally, delay after delay from LP manufacturing plants, it was truly a “Rock ‘N’ Roll Universal International Problem”. We’re all very excited to finally get it out, and we couldn’t be more proud of how these songs came together. It was a lot of fun for both bands & we hope you enjoy!

This product will be released on DIc 2, 2022. Your whole order won’t ship before that date.