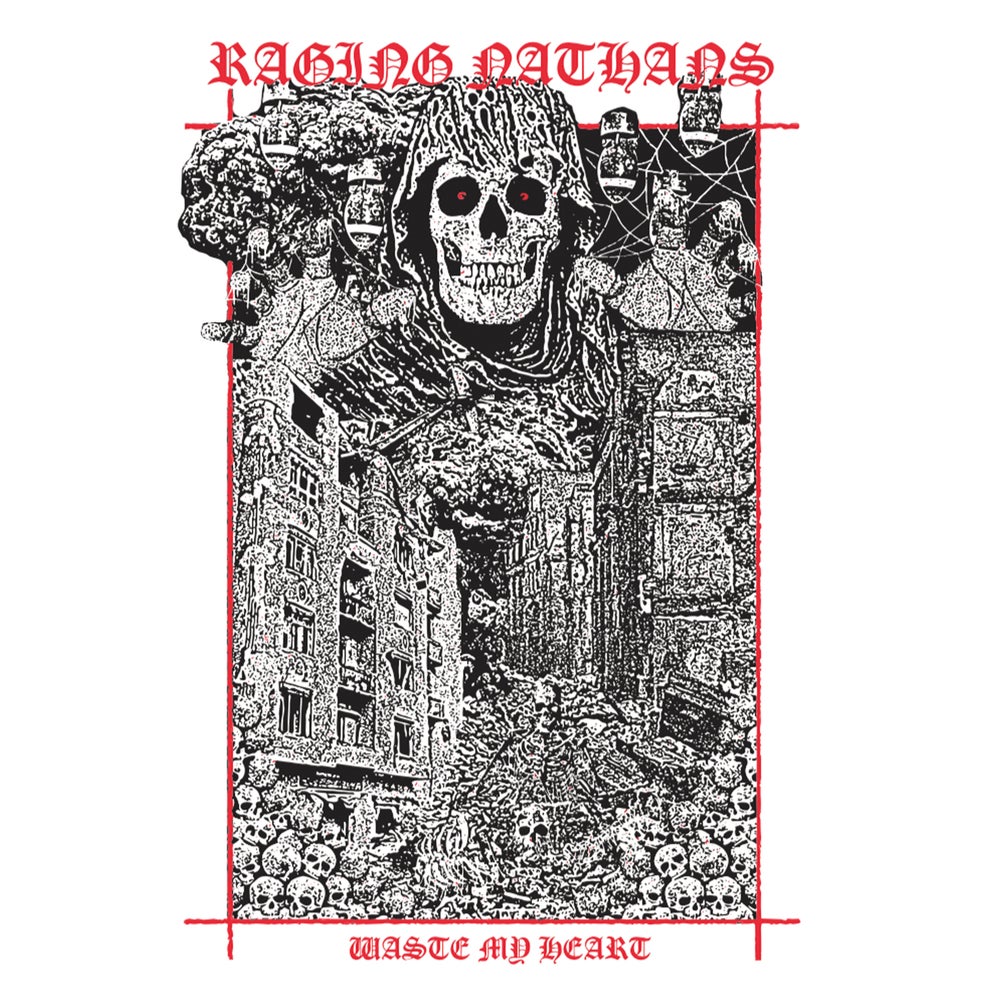 The Raging Nathans are back with a brand new LP less than a year after their last one & they have stepped it up in every way. “Waste My Heart” is the band’s 4th studio album and it sees a major development in their songwriting. Their ability to write 1 minute and 30 second punk rock rippers with anthemic choruses is now highlighted by their penchant for writing more complex songs that blend intricate guitar work with the honest and introspective lyrics they have come to be known for, all while making it look easy. New themes for the band collide with familiar ones including poverty, politics, love and hate. The drumming is tight, the bass is always in your face, the music is relatable, and clearly having a solid line up for several years has done the band good. Drawing on influences from everyone from The Buzzcocks to H20, the evolution of The Raging Nathans is on full display on this record. The band’s longtime songwriters Josh Goldman and Nick Hamby’s collaborative efforts really shine on “Waste My Heart”. Tireless in their work, they have proved their importance as a band to their peers and to themselves every step of the way. They are prolific, unapologetic and “Waste My Heart” cements their legacy in stone as the world’s last great punk band. Every record they have released topped the one before it and “Waste My Heart” is no exception.
The record was recorded by Luke McNeill (The Copyrights, Hospital Job) and was mastered by Stephen Egerton (ALL, Descendents). FFO: early Propagandhi, Bad Religion, The Ramones