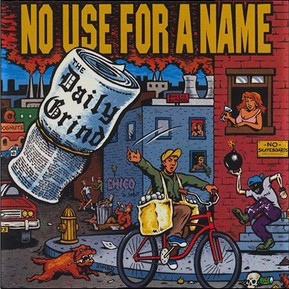 No Use For A Name – The Daily Grind

No Use for a Name made the jump to Fat Wreck Chords and arguably arrived with The Daily Grind in 1993. The Bad Religion comparisons are inevitable, but that wasn’t exactly a safe route to commercial success when NUFAN formed in 1987. But while the music is fast and furious, it drips with irresistible harmonies, and Tony Sly’s lyrics are a thoughtful critique of modern society. Traditionally straightforward punk lyrics mean the meaning won’t be lost in metaphor. From the title track: “on the other side of town/people are sleeping on the ground/look not far and you will find/a tragedy, the daily grind“.

SKU: MY271 Categories: LP, Records Tags: fat wreck chords, No Use For A Name, Tony Sly