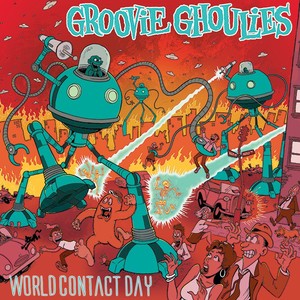 Along with Screeching Weasel, The Queers, Green Day and MTX, the Groovie Ghoulies (USA) was one of the bands that made Lookout! Records the defining pop punk label of the 90’s. In the late 90’s though, the label moved away from pop punk and slowly their old releases went out of print and became harder and harder to find.

Re-released by Eccentric Pop Records in USA and Stardumb Records in Europe.