Here we are with a nice interview we did to John from Mom’s Basement Records. As you probably already have seen, during the last months we interviewed all the bands part of “Get Out Of My Club”, so it was due step to let the word to John. Enjoy punk rockers!

Ciao John, How are you?
Hello! I’m doing well, how are you?

Fine as usual, dude! Well, during the past few months we both coordinated a big project that we are going to discuss a bit later, but first introduce yourself to our readers. Who are you?
Well, my name is John and I run a small label here in the USA called Mom’s Basement Records. I have an amazing daughter, a lovely girlfriend and a crusty old dog. For fun I like drinking beer and listening to records.

How did you come up with this idea of running a label and how did you choose the name? Do you run everything alone?

I’ve wanted to run a label for years, once Eccentric Pop Records started up and he started releasing all of these insanely good records i was inspired to try to contribute to the punk rock scene over here. Thankfully, the guy who runs Eccentric Pop is very very cool and he really taught me a lot on how to operate an independent label. I wouldn’t be doing this without all of his help so I owe him big time.
I picked the name Mom’s Basement Records because I spent a lot of my teenage years and some of my adult years down in that basement, all of the good and bad things in life happened down in that basement. Plus the whole “basement schtick” with the punx… it just made sense.
My girlfriend helps me with the label in many ways, she’s very supportive and is a great help.

If you should give a tip to somebody interested in starting a label, what will you suggest?
Don’t do it. I’m kidding, the first thing they should do is save a bunch of money up and find a band or two that they believe in. From there cut a check and start impatiently waiting for the pressing plants to take forever with your projects!

How do you select the bands that you want on your label?
I strictly work with bands that I personally really like and believe in. I don’t care what other labels are doing and I would never “sign” a band that I didn’t believe in. Haha I don’t have much of a business sense do I?

Looking at Mom’s Basement Records I can see there are lots of European bands (many Italian!). Before getting to know you better, I thought “This guy is crazy” but during our chats I realized that this” business” (ahahahaha) works. Am I right?
Yeah! I love so many of the euro bands! You guys are doing some lovely work over there. One of the main reasons I started a record label was to help to bring the European punk rock scene into the spotlight a bit more here in the USA. Sure, everyone who likes this kind of music has heard of The Apers and The Manges over here but there are tons of other bands that might get overlooked without promotion or trying to spread the word.

Keeping on the same topic, some European Punk Rockers think USA is the “El Dorado”, while some American Punk Rockers think the European scene is definitely better. Where is the truth? Is it in the middle or is it just because no one can ever be happy with what they already have?
I don’t know if i can say if any scene is any better then the other but I will say that the European scene has the whole Ramones worship thing down to a science and I am a huge fan of that sort of thing!!! Both scenes have tons of great bands.

One of the projects your currently working is the Passport Series, that’s is basically made of 7″ split between an European and US band. Would you like to talk about it?
Yeah! The passport split series is an idea I stole from a bunch of labels that have tried this sort of thing in the past. A USA Vs Europe type thing. (I think of the Stinking Polecats/Fairlanes split or the Zatopeks/Copyrights split when that comes to mind) both were cool splits, but the idea kind of fizzled out. I wanted to try to do things a little differently so I started the passport split series. So far it has been a USA/Europe thing but it doesn’t have to be, it could be a Europe/Canada thing or whatever. It’s the same old idea that’s been done before except I’m gonna stick with it and try to work with other international bands from other countries. Passport vol.3 will be out around the beginning of summer and vol.4 at the beginning of winter this year.

The previous questions were related to introduce your last big project – “Get Out Of My Club” – just released a couple of days ago. Nobody in Europe thought before Mom’s Basement Records did to set up a Tribute to The Manges, probably the most influential European Punk Rock Band. How did you come up with the idea?
I love tribute albums. Those Groovie Ghoulies Tribute Albums and The Apers tribute albums were great. Those are what inspired me to want to do one. I chose The Manges because they are one of my favorite bands and you cannot deny how important they are to the punk rock scene around the world. They’ve been doing it for 20+ years and spawned countless bands over there in Italy. They were way overdue for a tribute album!!!

Right now you are not in a band, but I would like to ask you the same questions I did to all the bands who joined the tribute. What The Manges mean to you? If you were in a band, which song would you choose to cover? 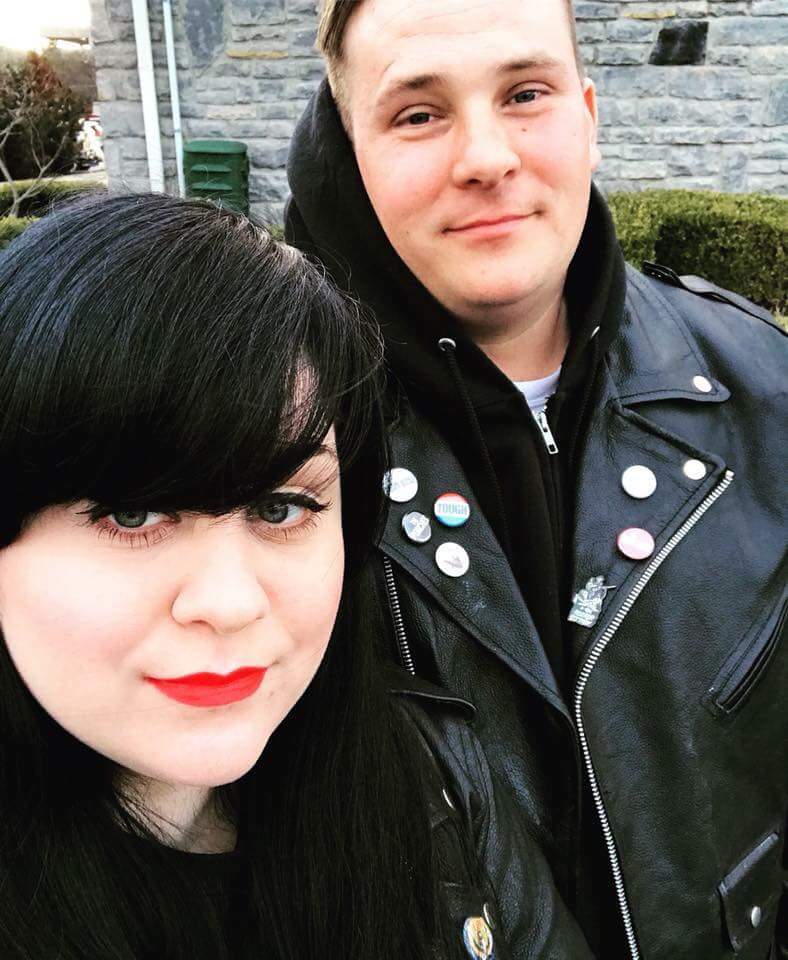 The Manges are one of my favorite punk rock bands of all time, very few bands have struck a chord with me like they have. They are one of the most important bands in this scene. They helped introduce the European scene to tons of people here in the USA.
I do play in a cover band from time to time, we had even started trying to write original stuff but after I got divorced it got harder for me to go to band practice and stuff, every now and then we get forced into playing a show because a band drops off on a show that I booked. It’s a good thing the other 2 dudes are really solid musicians. I just turn the volume down on my bass and try to keep up. Now that I’ve given up all of that unnecessary information, we do play some manges songs and one of them that we play is “get out of my club” so we would had to have chosen that one!

Italian punk rockers have a one track mind: we think and talk all year long about Punk Rock Raduno. There is always a constant high level of hype surrounding this festival… and I know you are coming all the way from the USA for a vacation in Italy but especially to join the Raduno Army. Are you more excited about pizza and pasta or about Punk Rock Raduno? What are your expectations about it?
I am so insanely excited for Italy. I’m excited to sight see and eat a bunch of good food but I’m particularly excited for punk rock raduno. I’m looking forward to meeting all of my international internet friends and seeing some of them that I’ve already met. I expect that with all of the bands that are already announced that it will be one of the best punk rock festivals I’ve ever been to. The Windowsill is playing for fuck’s sake. Do I need to say anymore? 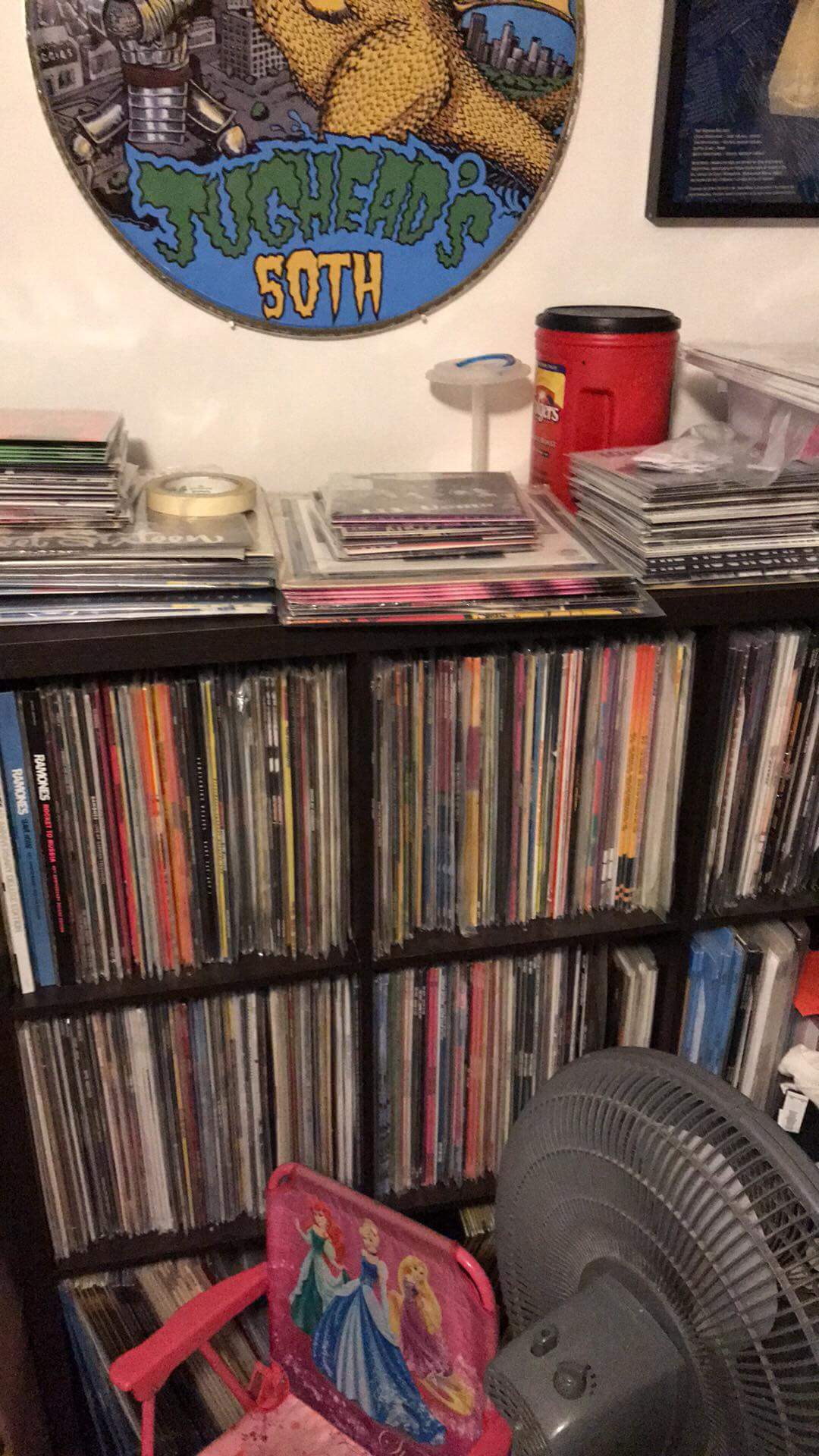 I couldnt possibly pick my top 3 records! If I had to pick then I would just say the first 3 Ramones albums. I don’t know if I’m ashamed of any 1 record because I definitely have a few stinkers but I have records that I’ve gotten as jokes from friends and stuff that are especially awful. “Chipmunk punk” comes to mind. It’s Alvin in the Chipmunk covering “Punk Rock Songs” that hardly qualify as punk rock songs. I’m a die hard collector nerd for certain bands/labels that I like. If I had to pick 3 that I’m looking to find in the worst way possible it would be:

We always ask a Ramones-related questions to everyone we interview,so now it’s your time. What’s your memory about the first time you heard a Ramones song? What did you think back then?
I can’t think of the actual first time I heard the ramones, they have been getting played on the radio here since before I can remember, but I do remember the first time that they really hit me. Like all the good punk rock bands that I’ve been listening to since a preteen it was through skateboard videos that I heard “I wanna live” I believe it was the old toy machine video “jump off a building” or the one after it. I remember thinking holy shit I gotta look into this band some more, then I walked up to rainbow records which was about a mile away and bought Ramones Mania on CD. The rest is history or something like that.

I think we covered everything. Anything you wanna ask? It’s your time, now! See you this coming summer in Bergamo, at Punk Rock Raduno!! Gabba Gabba
Yes, I’d like to ask for all of the cool Italian bands that aren’t playing punk rock raduno to play a private show for us in Milan, there will be no pay and I’ll bootleg the entire show without their permission. Is that a possibility and if so then let’s make it happen. Oh and Ratbones has to play a greatest hits set.